How to Grab Indonesians by the Horns With Content

A quick and dirty explanation with data: According to Statista, Indonesia — the world’s 8th highest internet consumer by number of users— currently has over 88 million people online, and is expected to reach 133 million in 2019. Indonesians are addicted to social media. According to We Are Social, 89% can be called “active social media users.” At the end of the day, that’s 79 million people tweeting and making Facebook posts in the car, the classroom, and at KFC.

A successful online content campaign in Indonesia will fly you to the moon and back, win you millions of customers, and provide a stellar return on investment, right? Not so fast, cowboy. If your content falls short in Indonesia, prepare to be criticized, mocked, and ultimately ignored. To avoid irrelevancy in the archipelago, here are a few things you need to master for a successful content marketing campaign.

Have a goal and make it simple

Creating content without a goal is a bit like herding cattle without a direction. The goal of your content should be easily understood, and a clear part of the underlying message. Indonesians in particular often need an explicit call-to-action (support this candidate, do your shopping here, spread this important message, etc). It sounds simple, but you’d be surprised at how many content creators forget to do this.

A good goal does not necessarily need to be complicated. If you have no idea where to start, the S.M.A.R.T. goal framework can be applied to almost any project. Make sure everyone on your team is aware of the goal.

In some cases, you can make your audience aware of the goal, and simply ask them to help you achieve it. This works best when your campaign relates to social awareness. One good example in Indonesia comes in the form of TemanAHOK, the Jakarta governor’s 2016 petition to run again for office as an independent candidate.

For him to run, governor Ahok must collect a certain number of photocopied ID cards from Jakarta citizens, which serve as pledges of support. From the beginning, the campaign has stated the number of ID cards it needs (532,000). So far, with this super clear message, the Ahok’s campaign is seeing traction in the capital, as is evident by the fact that he’s already received north of a million IDs. Apparently, the guy is well-liked.

Take time to cook up a brilliant idea

Once you know where you’re heading and who you’re speaking to, the next step is to hash out the ingenious way you want to deliver your message to Indonesians. Remember, there’s no such thing as luck when it comes to content strategy, and there’s always a reason why some campaigns succeed where others fail. Involving the audience directly is often the key. George Bernard Shaw once said:

To get your creative juices flowing, use some tried and true techniques such as SCAMPER, mind mapping, or collaborative brainstorming. The trick here is to use the one that suits your internal content team’s culture. In Indonesia, there are three weapons you should consider using to win over the audience.

Get them in on the action

Indonesians love online participation. One thing we often see is local firms making competitions that are open to the public, and later having netizens vote on their favorite and share the results via social media. Local ride-hailing app Go-Jek played this card recently.

The firm held a filmmaking contest called GO-VIDEO 2016 in which people produced a brief video narrative involving the Go-Jek brand. The winning video was titled “Arang & Asa,” and contains several touching scenes that make Indonesians feel more attached to Go-Jek drivers and the company itself. Ever since the video premiered, social media in Indonesia has been blowing up, and the YouTube video has hundreds of comments so far.

Show them the funny

Indonesians respond well to humor, so make with the jokes! April Fool’s day was interesting for content marketers in Indonesia. Local e-commerce company MatahariMall made a tongue-in-cheek offering of supplying lovers online to its users. Although it was merely a gag, the satirical campaign allowed the firm todrive five time more visits than usual that day, and led to more than double the average number of daily transactions.

Appeal to their emotions

If your content campaign can touch Indonesians emotionally, then you likely have a winning formula and won’t need much effort to promote the campaign. On June 18, local crowdfunding site Kitabisa created a social experiment by giving kids Rp 100,000 (roughly US$7) in cash, and asking what they would do with the money.

The children’s selfless answers proved to be valuable, as the main purpose of this video was to encourage #Zakat, which means to share part of your wealth with those in need. In nineteen hours, the video gained more than 7,500 shares.

The last thing to remember is that you can never overplan. Choosing the right funnel, budget, and timeline will prove to be invaluable assets.

Once you know your audience, choosing the right marketing funnel shouldn’t be difficult. As mentioned earlier, social media is a favorite for people in Indonesia. Twitter, Facebook, LINE, Instagram, and YouTube remain the most popular channels for marketing campaigns in the country.

In terms of budgeting, be precise when allocating your money. Take resources and expenses into account, and set aside an incidental fund just in case. This will allow you to make a couple mistakes without throwing the whole campaign effort on one bad call. 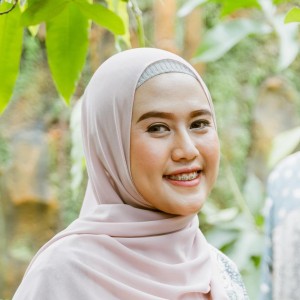